There was another riot in the night. More confusing images. The TV gives the official spiel. Twitter and Youtube say the police stormed the improvised camp in night with tear gas and water cannon. Because of the snow and fog the water cannon was terrible! Freezing! The poor protestors are surrounded by police and are freezing. They repelled the assault with bungee catapults hurling snow balls dipped in ice to be solid as rocks. And yeah. Rocks. Potato launchers launching frozen potatoes. They are using the internet to tell their version of the story. They don’t look like armed fanatics. They just look scared. The TV interviewed police who said they were stoned and were shot at. They sure look bloody. But no one seems to know who started what. I admit the crisis is escalating on both sides. I don’t know what to do. And I have must bottomed my ATM. I can’t pay my rent. How long can I lie that the check is in the mail? 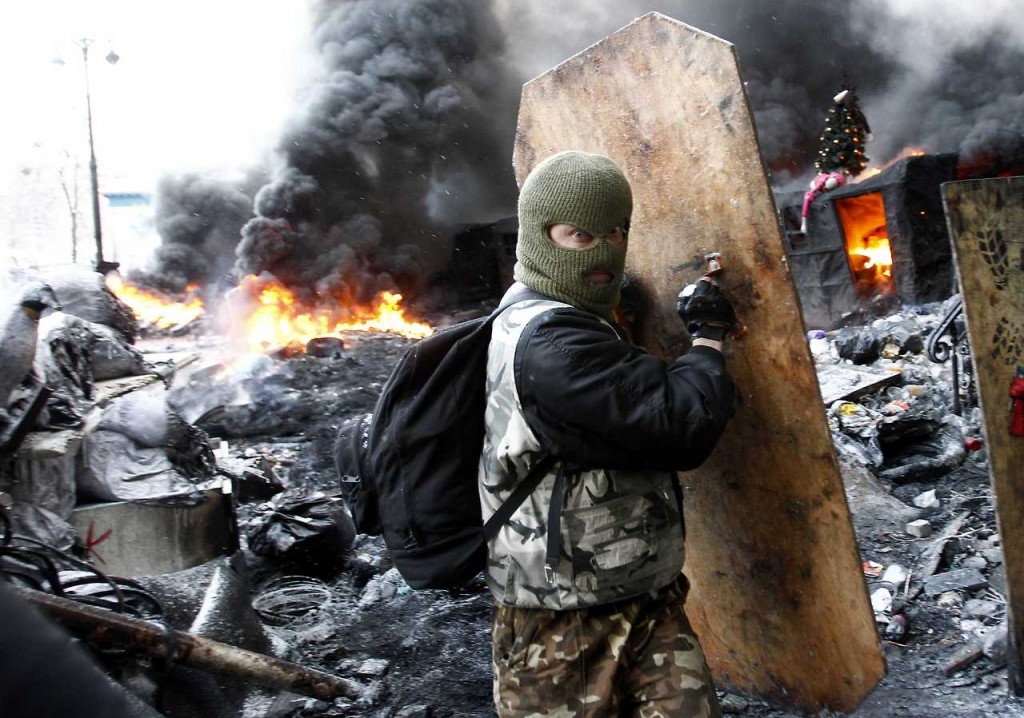 Someone shot police. Two died. Eight were wounded. That is not political theater