They did it! They did it! Reinforcements came! They plowed through the back streets along Chinna Lane and reinforced Moon Park! And they have taken over Chinna Lane to form a supply line! What a farce! What an heroic farce! The protestors have barricaded the tiny lane that links Moon Traffic Circle to the Goldbottom Traffic Circle! So the Moon Park fort cannot be cut off from reinforcements! I guess they are counting on PR being so damn bad the Chief Navigator won’t dare send police through the Goldbottom which is where all of the banks and treasures and stock houses are! Can’t scare the bankers! Can’t scare the stock markets of the world! Chinna Lane is not a main street so the Bankers don’t give a damn as long as the protests don’t enter the hallowed circle of gold that is the financial heart of the city! So the police can’t close off the damn Goldbottom Traffic Circle! Can’t scare the treasurers! Can’t inconvenience the stock traders! Can’t cause financial panic! And the Goldbottom Tube Station is big. The Moon Tube Station has been locked and barred by security guards to block escape or else reinforcement by protestors. Now the protestors have access to a Tube station. Urban battle strategy! 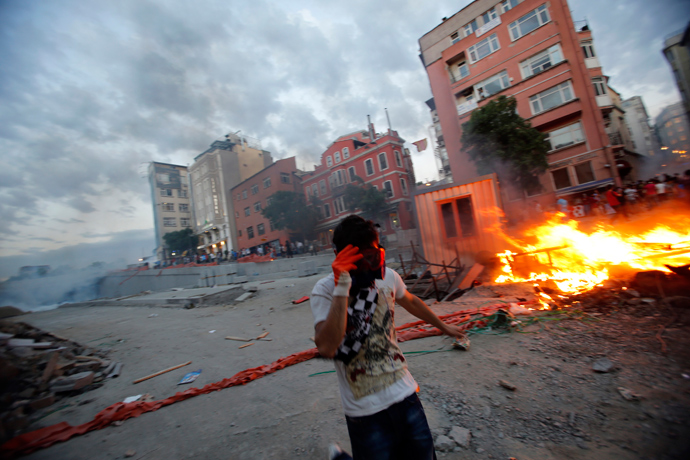