A Capitalist is the guy who sells the rope used to hang him!

We have secured Pepper Street and Lower Canvas Street which wraps around the Fountain Court & Fountain. It intersects Block & Pulley Lane where the Block & Pulley Tube Station is. That is one of the largest tubes under the city. Organizers tell us to very quietly but politely ask the high street vendors and security guards of the Tube Station to provide sanctuary if riot police try to blockade our access to trains. I am amazed how many agree to help us. One organizer of the protests producing the contents of his wallet. ‘For tickets in advance if we have to run for it by jumping over the turn rails.’ It is so weird. I take iphone photos to post for the world. Then I check out Golconda House. The back windows are full of stock accountants and stock brokers and currency exchange brokers. The bad guys. A lot of them toss down envelopes full of money ‘for the cause’ as they applaud us. ‘We watched it all night mate! Here! From windows! From the roof! But don’t take our pictures mate! Our bosses are undecided! But our national gilda is sinking like a stone on international currency exchanges!  Currency speculators are making as killing as we tank! And some of the orders to beat against our currency is coming from Zu House! That bastards! They make money coming and going! What is that old joke? A Capitalist is the guy who sells the rope used to hang him! At this rate mate! Zendula will be bankrupt in a month!’ 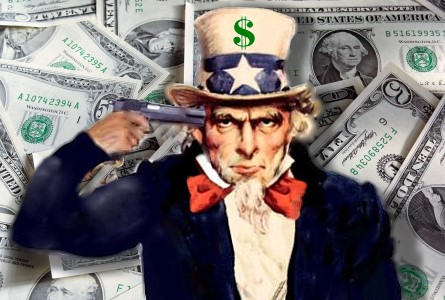