Truce declared by the Master! Thank God! We try to find white sheets for truce flags but everything is dirty! The Master says patriots wave the True Blue Field Of Stars! The Flag of Zendula. So we wave every damn True Blue Flag we have! Over a hundred flags! A sea of blue! I hold up my iphone to snap the grizzled old man casually walking across a battlefield with his cane. I hear mutters. I think they are curses. Then I hear the mutters turn louder. They are prayers the old man is not shot by some prick or asshole or riot police or anarchist or whoever started this last night. He quietly walks the no man’s land toward the riot police and then casually chats to the commanding officer as he leans heavily on his cane. I never realized before what a small old man he is. He is an Amberling. Actually he is Indian stock. Skinner. His kin came from  India long ago. He has that elegant look that Sikhs have. He is a Sikh but he had to wrap his religion around the worship of Mother God Of The Waters. The Goddess of Mercy, Moderation, and Tolerance. He said his religion was that incarnate. Today his religion must be straining to cope with what is happening. 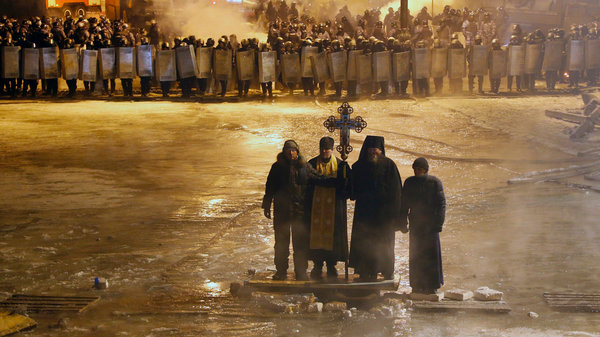 Why do middle aged women of power always carry handbags?

'The end justifies the means'